How to run a Goblin themed D&D Encounter

When I run encounters, I try to put myself in the perspective of the monsters and players. What are the monsters trying to accomplish? Are they protecting their territory? Are they invading something else's territory?

Before you play, remember:

D&D is about having fun. Don't try too hard. If you don't have time to prep, quickly read through the Monster Manual about the monster so you have something to work with. Put yourself in the monster's perspective and roll with it. Your players are looking for entertainment. Give them a show.

Use a Battle-mat. I can't stress enough how much easier your game will be if you are using a grid system. Call me biased, but having to measure where to move your minis with a ruler is time consuming. It's great for war-gaming, but for D&D, I prefer to play like I am playing chess. I look at the table, decide to move 10 feet, move my d&d mini two squares forward, then proceed.

Use D&D Miniatures. Or tokens. Some players need a visual. Some people are okay with Theater of the Mind. Decide with your players on how they want to see your world and roll with it. If they decide they'd like miniatures, maybe pick up a new hobby and start painting them. Give your world some color. If you can't afford miniatures, grab some paper, cut out circles, glue them to quarters, and then draw faces on them. It's cheap and gives you something to look at.

Now that you've made it this far, lets move on to the encounter.

So you're into Goblins...

How will they encounter the goblins?

What I would suggest will depend on where the players are. I personally do not have a world map that is fully drawn out. I know where my big bad guys are, where important landmarks are, but sometimes that can change. I just know they're gonna hit the same big bad guy that will end the campaign regardless of where he's located on the map.

So, for my lesson on running a Goblin themed Encounter, the encounters will be the same no matter what direction the players come from.

Let's say they're in a tavern. Someone could bust through the front door yelling, "HELP! My daughter has been kidnapped! Please... please, someone help me!" They would then be told what direction the goblins were seen heading, which could lead you to my next suggestion. Or you can start from it. Since they're in town, maybe there's some townsfolk fighting in the streets. Make the town feel alive, even though it's not the focus of the quest.

Lets say they're in a forest. You could simply say, "An arrow suddenly lands by your feet. You hear a weird sound, as if a nearby creature is shouting out at you. You look to your left and see a goblin who appears to have just released an arrow from his bow." You can go ahead and assume how those players are going to react to this. Time to get dirty.

This encounter will be completed by advancing through 3 stages

They will be threatened by the goblins.

You can stage multiple, or a single, goblin that's threatened by their presence. He can jump out of some bushes, jump out from behind a tree, you pick.  This would be a good opportunity to throw in some wolves as well. Wolves can be found in forests wild or even as goblin pets.

If they're far enough away, you could use a single goblin to run from them and lead them directly to Stage 2, the Goblin Camp, where he will join his buddies and then they all fight back. If it's a group of goblins, fight away.

They will wonder where they came from. Leave a clue. At the end of Stage 3 there is a little girl that they will have saved. Maybe a shredded piece of garment is in one of the first goblin's bags.

Prep multiple goblins ahead of time, some possible tents, crates, barrels, and a Troll. The amount of goblins you need will depend on their gear, levels, etc. Sometimes it's good to test with a few, and slowly add more throughout the fight. Once they players make it to the camp, arrange your scatter terrain how you wish to simulate a camp site.

Depending on the players' experience levels, you could just attack with the goblins like they're dumb. Just run the goblins towards them each turn. If they're comfortable with the game, have the goblins try to flank them. Bonus: have one of the goblins be a spell-caster. There should be plenty of trees and rocks that will provide half and full cover during the fight, use them.

Remember, it doesn't have to be perfectly planned. Have the goblins make all kinds of weird noises. I always play them like they're stupid and whimsical. But they're still intelligent enough to gather food, make clothing, craft weapons and shelter. Maybe they just sound stupid to the players, but in reality they're communicating in their own language.

At this point there's loot everywhere, but the fight isn't over. Have the Troll well behind the goblins on the other side of the camp. If they try to skip the goblins, send the goblins in to protect him.

You can play the Troll like he's stupid as well. That's what I do, but they're big and clunky. Even if the Monster Manual doesn't say it, I always have an Area of Effect attack with a club. When the troll swings the club, it has a range of 15 feet in my games. Anyone standing within 15 feet, starting 1 square behind and to the side of the troll, where his club would have been pulled back, they have to roll the dice.

Give the players a fight they'll never forget. The troll can blurb out random stuff if you want. I make all kinds of dumb sounds. It's his language, of course. You could always go the savage route. Maybe the troll is angry, so all he does is growl, drool, and snarl at them.

The players have earned their loot and they saved the day. The little girl is tied up. She's exhausted and starving. She's ready to go home.

You decide how to play it from here.

You can roll random encounters back to town, or go on another adventure, meanwhile having to protect the child. Give her horrible stats and make them regret not having an airship or a teleporter that will take them directly to her father.

You could also use this time to bait the players into a large cave full of even more goblins, but that story is for you to write...

Thanks so much for reading this article!

I love playing D&D and hope this has been an inspirational article to help you jump start or spice up your games.

What did you think?

Leave a comment and let me know. I'm always looking to improve. 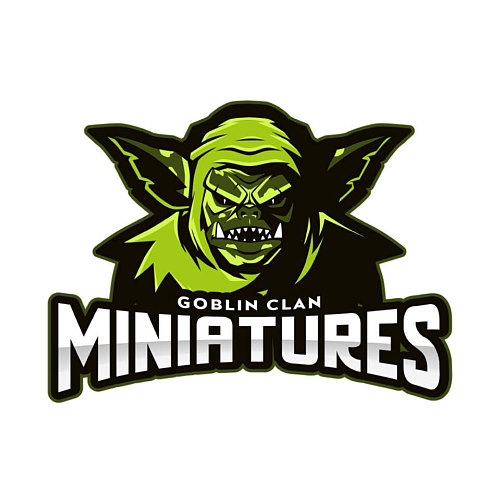 Need minis for your next encounter?

We've taken the liberty of organizing all the miniatures you would need to run a Goblin themed encounter. Click Shop Now below to check them out!

The trees in this article can be found on Amazon.com: Tree Type A and Tree Type B

David, I can’t seem to tell you enough with small comments and big comments alike. Lol I love your creative mind and style. You’ve asked me for a comment. Here is one for you my good sir. This short skit for goblins is by far the best way to introduce new and old players for D&D. Making the short quest like you did was by far the best way to show not only the great time they will have on quests but also the short comings of not bringing all the right equipment. Putting them in a world full of twists and turns is a perfect way for everyone in the party to enjoy themselves and have major fun. I think that this needs to be printed off and passed out to all the DMs out there that forgot all about the little things in D&D life. Its time to bring back all the imagination and the creativity that is D&D. Glad I’m a part of the beginning for some people and the end for some weaker ones lil bring the end for those that fail to prep. _